Soaked in history and beauty – the British Isles should be considered a priority for any self-respecting traveller. If you have never visited ‘this sceptred isle’ before then there are a thousand reasons to tempt you over – I hope to show you just a portion, in the hopes you may discover the rest. 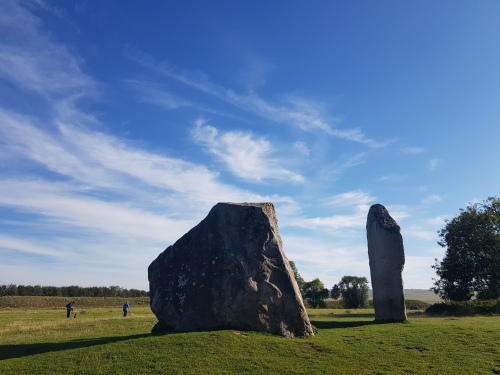 Avebury henge and stone circles are one of the greatest marvels of prehistoric Britain.

History
England is a fascinating tapestry of history, threads from all our many disparate periods interweave to create the stunningly complex picture you see today. Great Britain became an island around 5600 BC, when it completed its gradual break off from the European sub-continent. And since then the island has been a hub of human history, much of which is still visible, especially as we hurtle through the millennia.

Throughout the country there is still evidence of prehistoric human life, the arcane roots of British history. Nowhere is this better seen than in the Southwest, England’s Neolithic heartland. Here you can see Stonehenge, the most striking of England’s ancient monuments. This 5,000-year-old site is as ancient as the Great Pyramid at Giza and just as mysterious and is complemented by a landscape littered with similarly ancient monuments – like Avebury Stone circle.

Leaping forward, our island couldn’t avoid European history for long as the Romans first invaded in 55BC, before becoming our masters in 87 BC. During there dominion they erected thousands of buildings across the country in their bold classical style. You are never far from Roman history in England, but the best sites include: the roman baths in Bath (I wonder where the town got its name?), which are stunningly well preserved or Fishbourne Palace in Chichester. Or, for the traveller who wants to stray all the way to the Anglo-Scottish border, Hadrian’s wall is a true wonder of this isle.

Despite plummeting into the dark ages after the Roman’s departure, we soon recovered and a whole procession of Kings and Queens sculpted this county into its current shape with varying degrees of grandeur. Now our country is beset with castles – over 1500 in total (in various states of repair!). Some of the best to see today include, Warwick Castle or Dover Castle. Or why not visit Hampton Court, built by Thomas Wolsey before he was executed, and the property was seized by Henry VIII.

Or if you would prefer the relatively modern castles, the royal family currently have 26 royal residences, some of which you can visit such as Buckingham Palace or Windsor Castle. Or, some of the UK’s most historic and breath-taking homes are open to the public. The National Trust alone owns of 200 stately homes, and there are more still, each one a cornucopia of history and its own miniature tapestry of famous names and events: try Blenheim Palace, Chatsworth House or Highclere Castle.

Explore over 800 years of history at Salisbury Cathedral, one of the UK’s most iconic medieval buildings with an award-winning welcome. Discover our original 1215 Magna Carta, one of only four in the world, and explore its legacy in an interactive exhibition

Beauty
Although the surface of England is strewn with sites of historical significance, (many of which are beautiful in their own rights), the landscape of England is also as various and beautiful as any country in the world. And this natural beauty is evident all over! There are 13 national parks in England and Wales, all of which are uniquely stunning. Try the austere attraction of the new Forest, or the Tranquil majesty of the Lake District, or perhaps the mysterious Dartmoor and Exmoor, or the heady Peak District.

We have hardly scratched the surface of the burgeoning history this island represents and could hardly illustrate the wondrous sumptuousness of the place. The marriage of these two cornerstones of tourism is what makes England so special to visit and it really has to be seen to be believed – so visit glorious England!

By Welcome2Britain in Uncategorized on March 16, 2020.
← Coronavirus – is it safe to travel to the UK? The answer is a yes! Visit Britain 2021. Avoid Big Sightseeing Coach Tours and Book a Covid19 Safe Private Guided Tour. →