The hotly anticipated fifth series of Downton Abbey continues with the focus still firmly set on affairs of the heart.

Lady Edith is left broken-hearted as she struggles with separation from her baby and cracks begin to show in her arrangement with Timothy Drewe who is caring for her illegitimate child. 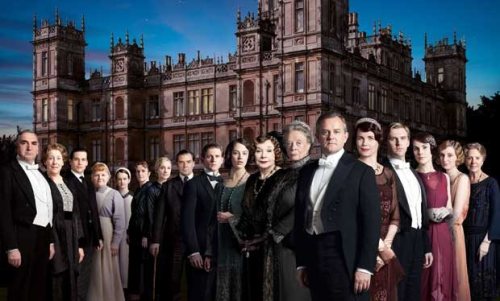 Meanwhile, the season sees happier news for widower Branson and his sister-in-law Lady Mary who finally find love again.
In the previous series, Lady Edith became separated from the father of her child Michael Gregson, with whom she was happy until he failed to return from Germany.

Edith entrusted Drewe, who is a local tenant on the grounds, with the care of her baby, but whenever the aristocrat is allowed to visit her child, she finds it hard to be separated again, putting a strain on the arrangement.

The Crawley family still aren’t aware of Edith’s secret heartbreak, which in turn leaves widow Lady Mary with no sympathy for her miserable sister.

BEST TOUR FOR DOWNTON ABBEY
‘See top filming locations from the award-winning ‘Downton Abbey’ television series and several Harry Potter films on a full-day tour from London. This tour leaves London and heads to Highclere Castle in Hampshire – the real life Downton Abbey. Here you’ll get a real taste of Edwardian England, learning about popular characters from the much-loved period drama, as well as the real-life family who have owned the castle since the 17th century

Visit the filming locations of the successful British TV show

Our ‘Downton Abbey Tour’ is a best seller and must be booked well in advance!